Since the summer of 2016 alone, people in the UK have gone to the polls for the EU referendum – the ramifications of which linger on to this day, and for a general election, where the then prime minister, Theresa May, attempted to secure a clear mandate for herself and her party.

Fast forward to December 12, and the UK people will once again be heading out to their local voting station as another general election has been called.

This time, the Conservatives want to force through their Brexit deal, and Boris Johnson – thinking his party will secure an easy majority – believes an election will help him to achieve that.

In opposition, both the Labour and Liberal Democrats – who are anti-Brexit, to differing extents – will be looking to scupper the prime minister’s plan, while the ‘fourth’ outfit, the Brexit Party, have claimed they will allow the Conservatives an easy run in Leave voters by not entering politicians to stand against them.

So will the Tories win easily as expected, or can Labour spring one of the biggest political surprises in decades? Let’s take a look at the general election betting.

There are different types of markets available when it comes to UK election betting, so it is worth getting to know these before you take the plunge with your wagers.

The main market is ‘Most Seats’. Each region in the UK is broken up into 650 geographical constituencies, with all of the parties contesting each of these seats. The mindset of the people that live there and their view on life will determine which of the parties will succeed.

At the end, the party with the most seats declares victory – although they sometimes need to be propped up in coalitions and working agreements to get enough seats to form a government.

In the most seats general election odds, the Conservatives are priced at 1.06 to win the most seats, with Labour at 15.00 and the Liberal Democrats at 81.00.

And then we have a question about a working majority. To form a majority outright, any single party needs to win 326 or more seats. At the moment, the Conservatives have 298 – they will be looking for a majority this time around, Labour have 243 and the rest are shared out between the Lib Dems and other parties.

In the UK general election 2019 odds, the Conservatives are available at 1.45 to secure that majority, 7.00 to form a minority government and 15.00 to govern courtesy of a coalition with the Brexit Party.

As you can probably tell from the UK general election 2019 betting odds, all of the key predictive measures are pointing towards a handsome Conservative victory.

Most pundits use the polls as their guide for the elections. These are conducted by official sources and get an idea of likely voting intent on December 12 – from that, the odds for general election 2019 have been devised.

One of the key things in this election is that the Brexit Party, who would have opposed the Conservatives and possibly taken votes from them in key areas, have announced they will stand down in many constituencies to allow the Tories to win.

These polls enable us to form a UK general election 2019 seat projection, and that shows that the Conservatives look set to win roughly 40% of the vote – probably more, actually, given the Brexit Party’s recent revelation.

That would leave a seat projection of a huge Conservative majority, with Boris’ group expected to win approximately 382 seats in a disastrous night for Labour.

Having studied the odds general election and examined the seat projections, there really is a clear and obvious bet to make here.

There will be more campaigning and televised debates to come, and those could swing the vote percentages by one or two points here and there. But it certainly won’t change the overarching mindset of the people.

The UK is still resolutely wanting Brexit, and the UK wants a party that will deliver that – finally – to win the general election and govern.

So, our UK general election 2019 prediction is for a clear Conservative majority at 1.45. 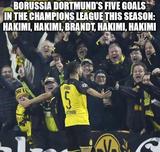