Euro 2020 is officially postponed due to the the coronavirus outbreak, but Group C will come to a close in June 2021 at Euro 2021.

The Netherlands are expected to top the group with some ease, but with a play-off path winner making up the fourth team in the bracket, both the Ukraine and Austria will fancy their chances of qualifying for the Round of 16 in either second or third place.

This head-to-head contest in Bucharest will go a long way to determining who finishes where, and so our Ukraine vs Austria predictions have to focus on the fact that this is likely to be an all-or-nothing contest.

But who will come out on top in such circumstances?

For reasons that will become obvious throughout the rest of this preview, this is certainly a tough game to call and that is reflected in the Ukraine vs Austria betting odds.

The bookies favourite Austria, but you can't underestimate Ukraine in our opinion.

The unprecedented chaos caused by the coronavirus has had an unforeseen and remarkable affect on the 2019/20 football season.

As such, we kind of go into this Ukraine vs Austria preview with plenty of unknowns into the fitness and form of the players on show.

That said, we gathered plenty of intel about them during the qualifying period for Euro 2021 as well as in the Nations League, and lets not forget these are two teams not blessed with an extensive big tournament record in recent years.

Let’s start with the Ukrainians. Their golden period – let’s call them the ‘Shevchenko years’ – may be a thing of the past, but they have shown glimpses of quality in qualifying and perhaps things are moving in the right direction for them – ironically, with Shevchenko as head coach.

Failing to qualify for World Cup 2018 – the third time in a row they have failed to get to football’s flagship event, must have been the spark for changes, because it’s not all that long ago that Ukraine lost all three of their group games at Euro 2016 without scoring a single goal.

They bounced back in style in the Nations League, topping Group B1 by winning three of their four games against Slovakia and the Czech Republic.

Check out our Football Betting Tips

Confidence restored, the Ukraine kicked on and won their Euro 2021 qualifying group too ahead of Portugal and Serbia. They went undefeated in their two games against the European champions and blitzed Serbia 5-0 too, so it would be fair to say that all is good in the camp.

Unlike the Shevchenko and Sergei Rebrov years, this is not a Ukraine squad blessed with elite-level talents. However, they do pick from the likes of Dynamo Kiev and Shakhtar Donetsk – two teams with plenty of big match experience in the Champions League. That surely has to make a difference on the international stage. There is a tough challenge ahead for Austria then, who also failed to qualify for World Cup 2018.

Their Nations League campaign ended in disappointment too, as they finished in second place behind Bosnia and Herzegovina in Group B3, and so you wonder if a lack of confidence is holding the Austrians back?

They notched 19 points in Euro 2021 qualifying, but let’s not forget they were in a group with Poland, North Macedonia, Slovenia, Israel and Macedonia – if they hadn’t have finished second it would have been a huge surprise.

Odds for Austria's win will be available at Bet365

There is talent in this Austria squad. David Alaba is a first-team regular at Bayern Munich, Marcel Sabitzer is a key figure at RB Leipzig and Marko Arnautovic was a fairly regular scorer in the English Premier League.

This will be a close game, and you suspect that one goal either way will ultimately decide matters.

But if pressed, it would be hard to argue that Ukraine – who have enjoyed so much positivity in the past couple of years – aren’t a better prospect than a stagnant Austria right now.

And so our Ukraine vs Austria betting tips focus on that fact by naming Ukraine to win as out headline play, and you can back them to win by a single goal margin if your bookie allows.

Given all of the health scares of late, perhaps the safest way to watch this game is at home with a Ukraine vs Austria live stream!

So, make sure you check the listings of the likes of 1XBET and a number of other bookmakers that offer live streaming via their app and websites. 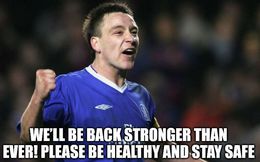 Load more fun
Articles
Play responsibly
Didn't find what you were looking for? Try our lucky star.
Ukraine vs Austria