Euro 2020 gets underway on June 11 when Italy host Turkey in Rome, but in this article, we focus on Wales vs Switzerland predictions, which currently favour the latter at 2.20, as these two teams from Group A will play the second game of the competition, the following day.

For the uninitiated, Baku is the capital of Azerbaijan, and boasts the distinction of being the largest city in the world below the sea level.

Will that have an impact upon the outcome of this match? Probably not, but it’s still the kind of random fact you can impress your friends with!

This is a crucial game in the shake-up of Group A, really. It would be generally accepted by most that Italy will finish top of the pile given that they will play all three of their games at the Stadio Olimpico, and so the other three teams in the bracket are all battling it out for second place and a place in the final 16.

All of that trio has genuine claims too. Turkey qualified in decent fashion, Wales, semi-finalists at Euro 2016, have a handful of elite-level players, and Switzerland made it all the way through to the semi-finals of the inaugural Nations League.

So how do we see this game panning out? For that, we’ll have to take a deep dive into this Wales vs Switzerland preview.

Even on paper, this looks to be the kind of contest that is too close to call, and looking at the Switzerland vs Wales betting odds it’s apparent that the bookies have struggled to separate them.

Swiss fans can back their favourite at Bet365!

To get a closer feel for these two teams in making more accurate Wales vs Switzerland predictions, we must first have a look at how they negotiated qualifying.

Wales just about crept through what was a tough group, finishing on 14 points behind Croatia (17) but just ahead of Slovakia (13) and Hungary (12).

As you might expect, the Welsh were excellent on home soil and went through the whole of the qualification campaign unbeaten in front of their own supporters. They were less prolific on their travels, but ironically did beat Azerbaijan 2-0 in Baku – albeit at a different stadium.

The standout feature of their qualifying was defensive stability, conceding just six goals in their eight games and only shipping two or more in a single game.

The Welsh team has the attacking players in the likes of Gareth Bale, Aaron Ramsey and Daniel James to make the breakthrough at the other end of the pitch.

The main reason I came to Spurs this year was, obviously I wanted to play football first and foremost but going into the Euros, I wanted to be match fit. - Gareth Bale, Wales Online

Onto Switzerland now, who topped a group that also included Denmark and the Republic of Ireland.

They were defensively sound too, shipping just six in eight, and while their own goals tally of 19 looks impressive remember that ten of those came against the hapless Gibraltar.

We’re expecting their head coach, Vladimir Petkovic, to opt for a defence-first strategy as well, although they do have a pedigree for goals: they put three past Denmark in qualifying, and don’t forget their 5-2 victory over Belgium in the Nations League too.

But they aren’t blessed with a natural goalscorer – their top marksman in qualifying was the unheralded Cedric Itten, followed by midfielder Granit Xhaka. This is a side for whom, like Wales, their main objective is to keep a clean sheet.

Welsh supporters can bet on their team at Bet365!

This does have the feel of a really tight and difficult to call contest.

Indeed, you would surmise that all three results are distinctly possible, and so we’ll have to take a different approach with our Wales vs Switzerland betting tips.

Given the evidence as discussed so far, we have to go for the Under 2.5 Goals line at 1.57. Both teams will be happy with a 1-0 win, knowing that would put them in an excellent position in Group A.

For a potentially profitable side bet, consider betting on the cards markets when the odds are released just before kick off. In 16 combined Euro 2020 qualifiers, these two teams amassed an incredible 37 yellow cards! Take the ‘Overs’ line when the odds are available.

We don’t know yet exactly where the Euro 2020 matches will be broadcast, although for fans in the UK both ITV and Sky Sports have the rights to the ‘home nations’ matches. 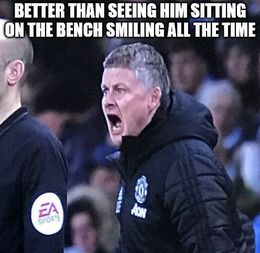 Load more fun
Articles
Play responsibly
Didn't find what you were looking for? Try our lucky star.
Wales vs Switzerland