In this Champions League preview, we will present key facts about the teams chasing the 2021 title and discuss some betting strategies that could turn out to be successful. Hopefully, this will make the task of guessing the new champion a little bit less daunting.

After the qualification rounds was concluded, the main phase of the 2021 Champions League kicked off on October 20th, when the first matches in the Round of 32 were played. The group stage lasted until early December, and then the knockout round started with 16 teams in February and it will be concluded with the last two remaining contenders Man City vs Chelsea meeting in the final match at the Estádio do Dragão in Porto on May 29th 2021.

Which team will win the Champions League this season? Bet at William Hill!

The season has been surrounded by a level of uncertainty due to the ongoing epidemic, so several special rules regarding team travel and rosters has been in place. Fan attendance at the stadiums has also been limited. Those factors certainly influence the projections, which is why it might be wise to take all Champions League winner predictions this year with more reservation than usual.

At the beginning of this season, the Champions League favourites included the current champion, Bayern Munich, Manchester City, Chelsea, PSG, Real Madrid, Barcelona and Juventus. All these teams enjoyed solid chances according to Bet365 and other leading sites. However, the two teams left in the race to the trophy are Manchester City and Chelsea.

Pep Guardiola is one of the managers who surely feels the pressure of winning the title. Manchester City still waits for the trophy despite spending enormous funds on the new players in the past few seasons. After the draw, City's boss emphasized that his team needs to be prepared for every opponent. As it turned out, they did well and now the only opponent left to face is Chelsea.

I'm pretty sure for the final of the Champions League we'll be ready to compete and play the best game we possibly can. - Pep Guardiola, Sky Sports

Considering the huge budgets of the two teams and the amount of big name players on their squads, we are sure that they are both well prepared to lift the trophy in the end.

At this point, with the one last game left to be played, there are still are a few ways to put together a winning bet. Apart from the most popular bets on the winner of the final, you can also place a bet in such markets as Both Teams to Score, Handicaps or Win to Nil.

Chelsea or Man City? Place a bet on your favourite at bet365!

Thanks to advanced technology, it’s even possible to watch Champions League live stream and place in-game wagers based on the current situation on the field. Regardless of the strategic approach, it is imperative to be prepared and follow the latest news about the teams you intend to bet on, so that you don’t miss some important information that could affect the outcome.

However, if you have enough football knowledge as well as enough patience, you could win a lot of cash by placing the right Champions League bet at exactly the right time.

Champions League is, by all means, the most important club competition in Europe. Many TV stations buy the rights to broadcast the matches. In most of the cases, all matches has been transmitted live! There are many Champions League 2020/21 live stream possibilities floating around.

Some of the betting sites offer live streams of the matches free of charge. You should give them a try, as you would be able to place the in-live bets and win huge money. Keep in mind that the availability of live streams varies in some countries.

Before wagering, please ensure that you have checked our Champions League betting odds to find the best deal and maximise your chance of winning huge prizes. 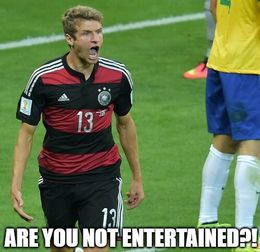