Although Copa America 2021 betting odds , favouring Brazil at 2.10 at Bet365, have been available for quite some time, the discussion where exactly the 47th edition of the tournament will take place were still ongoing at the end of May. It was supposed to be played in Argentina between the 13th of June and the 10th of July 2021, however due to a very serious COVID-19 situation in this country, the decision has been made to organize it in Brazil.

At the beginning, Colombia were due to co-host the event with Argentina but were removed as co-host due to ongoing protests against Colombian President Ivan Duque. Much like the upcoming European Championships, the Copa America was due to be played last year but was postponed. After excluding Colombia from hosting, the tournament was to take place in Argentina, however due to the increasing number of COVID-19 cases in this country, CONMEBOL suspended their decision about organization of Copa America there and confirmed Brazil to be the new host.

Back your Copa America favourites at William Hill!

Brazil are the defending champions, having won their ninth Copa America title in 2019.

Leading the way in the Copa America 2021 betting odds at the time of writing is Brazil at 2.10 with Bet365. We believe that the defending champions have what it takes to retain the trophy they won on home soil in 2019, especially taking into account that they will be playing at home again.Interestingly, Brazil are somewhat behind Argentina in the overall Copa America winners table having won the event 9 times.

[/b] When it comes to the second favourite in Copa America 2021 betting odds , despite having 14 Copa America titles to their name, you must go back to the 1993 edition to find the last time Argentina won the competition. What is more, now that this team longer has the home advantage in this edition of the tournament, it certainly won’t be that easy for them to get another title.
Copa America Winner - Best odds

Colombia has been placed in the same group as Brazil and they come into the tournament as the third favourites, priced at 8.00 in the Copa America 2021 odds with William Hill. Colombia have one Copa America title to their name, which they claimed as hosts in 2001. Since then, Colombia have failed to reach the final.

We begin our Copa America 2021 betting predictions with a look at the favourites and Argentina come into the event in good form having won 3 and drawn one of their 4 recent World Cup qualifying games. They have a decent overall record under the guidance of Lionel Scaloni. They should boast a young defensive line-up compared to recent tournaments and with the likes of Lionel Messi, Lautaro Martínez, and Ángel Di María, Argentina have the attacking players to hurt any team.

I'm very excited and really hungry to do well. In the last Copa America we left a good impression, but we can't just be happy with that. We want to keep improving. The last qualifiers we played were very good. Unfortunately, it's been a long time and we couldn't get together to play again [in the meantime]. We have to try and kept our rhythm back as soon as possible and keep improving. It's always special to be with the national team. We want to win, that's the goal. The boys and the experienced ones are really up for it. - Lionel Messi, Marca

However, Brazil seems to have the edge and having endured a difficult time at the Copa America between 2011 and 2016, they are now strong contenders. Star forward Neymar appears to have overcome the injury problems which have caused him to miss games for Paris Saint-Germain this season but it is in defence where Brazil look strong and that is in contrast with Argentina. Ederson and Alisson are two of the top three goalkeepers in the English Premier League and the hugely experienced defender, Thiago Silva, is enjoying a renaissance at Chelsea. Marquinhos, Eder Militao, Danilo, Renan Lodi, and Alex Sandro are also available and Brazil have conceded only 2 goals in 4 World Cup qualifying matches at the time of writing.

Reinaldo Rueda is the coach of Colombia but he has yet to see his team in action due to match postponements. However, there is already drama surrounding the Colombian team as Rueda was manager of Chile when they knocked Colombia out of the 2019 tournament and some fans are not happy with his appointment. Colombia look good in attack with Luis Muriel and Duvan Zapata up-front and the creativity of Everton midfielder, James Rodriguez. There is room for improvement in defence and Colombia should get through the group stage but may struggle when facing Argentina or Brazil.

Uruguay will be relying on veteran strikers Edinson Cavani and Luis Suarez, while Chile also have experienced forwards in Alexis Sánchez and Eduardo Vargas. However, our Copa America 2021 predictions suggest we could see a dream Argentina vs Brazil final.

The top goal scorer makes for interesting Copa America 2021 betting tips . All eyes will be on Lionel Messi and Neymar but there are some other players who may be worth backing. Lautaro Martínez has enjoyed a successful season with Inter Milan and has a goal scoring record of better than a goal every other game for his country. Eduardo Vargas of Chile is an interesting outside bet and he has a great scoring record having netted 38 times in 93 appearances. Roberto Firmino and Gabriel Jesus are good alternative Brazilian options while Edinson Cavani and Luis Suarez cannot be ignored. 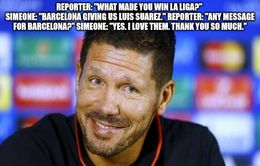