There’s a fascinating set-up in Group C of the Champions League 2019/20, with one team definitely through and the other three battling it out for second place.

The good news for Manchester City is that they are safely through to the Round of 16, and given their struggles in the English Premier League that will be a welcome relief for Pep Guardiola and his squad of players.

But there’s an intriguing race for the runner’s up spot, and their opponents here – Dinamo Zagreb – can ultimately get the job done but they will need a positive result on home soil. However, that positive result will probably need to be a victory with Shakhtar Donetsk and Atalanta both capable of making it through with a win of their own.

You can certainly give an outside chance to Dinamo, however, who have been impressive on home soil in this tournament to date with a 4-0 demolition of Atalanta and a 3-3 draw with Shakhtar.

But we know the qualities that Manchester City possess, and they will certainly be dangerous on the counter-attack as the Croatians press for the goal(s) they need.

It’s an exciting finale guaranteed on December 11, and in our Dinamo vs Manchester City preview we’ll take a look at how we think the action might play out.

It’s an intriguing contest and one in which the bookmakers are siding with the continental pedigree of the visitors over the impressive performances of the hosts.

So, in the Dinamo vs Manchester City betting odds, you can grab yourself a slice of the 1.95 available on a Manchester City victory, or alternatively try the 3.50 about a Dinamo victory.

There is absolutely everything on the line here for Dinamo, who will be looking to make a slice of club history by progressing to the knockout phase of the Champions League.

As for City, they are already guaranteed to finish top of Group C – what is their motivation?

Of course, Pep Guardiola is the consummate professional and won’t change his team wholesale – that wouldn’t be fair to the other teams in his group.

However, if there are any doubts about the fitness of any of his players then they will be given the night off, no questions asked.

It’s a theory which helps to inform our Dinamo vs Manchester City predictions, although it’s a leap of faith to predict a home win.

That said, the English champions have problems, with the likes of Aymeric Laporte and Sergio Aguero injured for the foreseeable future.

The Citizens have also dropped points in their last two Champions League games, drawing 1-1 with Atalanta and Shakhtar, and they even limped to a 2-2 draw with Newcastle in the Premier League recently as well.

But do Dinamo have the class to take advantage of a vulnerable City outfit? Judging by the evidence of the reverse fixture, you would have to suggest not.

The English side dominated the first game back in October, wining 2-0 courtesy of goals from Raheem Sterling and Phil Foden.

But beyond that, they also hit the woodwork through Ilkay Gundogan and won the shot count 20-2, with six of those on target. City also enjoyed 73% possession and won ten corners, and that is confirmation that they absolutely dominated the first match.

It’s a mouth-watering tie for bettors, is this, because all three possible outcomes are available at a value price.

In truth, we can make a case for all three results in this one, and that is what makes offering up Dinamo vs Manchester City betting tips difficult.

Dinamo have only won one of their five Champions League games to date, and regardless of home advantage they face their sternest test yet in the rematch with City.

The draw is a possibility on the face of it, but remember a point will not be enough to take the Croatians into the last 16 – they need to win here.

As such, they will have to take a chance somewhere along the line and throw bodies forward, and that will make them vulnerable to counter raids from the likes of Raheem Sterling, Riyad Mahrez and Kevin de Bruyne.

It’s rare that you can access odds of 1.95 on a Manchester City victory, and against opponents they would surely beat more often than not we have to recommend a bet on a away victory here.

A very hot topic during the season of Champions League is always a discussion where the fans can watch the matches.

Check the 1XBET streaming offer. They usually live stream Champions League’s matches, so we hope that this time they will also not disappoint. All you have to do is register. 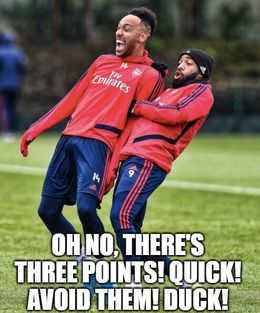 Load more fun
Play responsibly
Didn't find what you were looking for? Try our lucky star.
Dinamo vs Manchester City