The eagerly awaited contest between Daniel Dubois vs Joe Joyce is due to take place on Saturday the 28th of November and we are pleased to bring you the latest Dubois vs Joyce betting odds. This is going to be the biggest all-British heavyweight clash we have seen for many years and fans have been waiting patiently following the postponement of the fight earlier in 2020.

This is a monumental showdown between British, Commonwealth, WBC Silver and WBO International champion Dubois and 2016 Olympic Silver medallist Joyce. It is anticipated that the winner of this match will secure a mandatory position with one of the major boxing governing bodies and seal a world title shot.

1. The Favourite of Dubois vs Joyce

Many betting predictions for Dubois vs Joyce has the former as the favourite to come out on top and that is backed up in the Dubois vs Joyce fight odds with Bet365. They have Dubois at a very low price to win the fight and it is easy to see why as he comes into the contest carrying a perfect 15-0-0 record.

No my dear. There’s not gonna be no pulling out, I’m gonna be 100 per cent for this fight. You know what, I’m gonna do you a favour. Because you can’t see your son, after he’s been knocked out, you will be spared the heartache. - Daniel Dubois to the blind Joe Joyce's mother, talkSport

Dubois’ most recent fight came against Dutchman Ricardo Snijders and he had little trouble in seeing off his opponent, knocking him to the canvas on three occasions before the referee brought a halt to the proceedings. It was the second fight in succession where Dubois stopped his opponent in round two following a technical knockout against Japan's Fujimkoto.

Looking for some boxing predictions and statistics?
Find our tipsters' advice!

Dubois is regarded as one of the hottest prospects in British boxing and it easy to see why considering his record to date. He has claimed English, WBO European, British, Commonwealth, WBO International, and WBC Silver heavyweight titles so it easy to see why many Daniel Dubois vs Joy Joyce fight predictions are backing the 22 year old. Continue below for more tips for Dubois vs Joyce boxing fight as we take a closer look at the latter.

2. Dubois vs Joyce - The Outsider

There may not be many Dubois vs Joyce betting picks backing the latter to come out on top in this contest but Joyce is also defending an unbeaten record. The Olympic Games silver medallist boasts a professional record of 11 wins from 11 fights with 10 by knockout. Joyce has won a few titles along the way including the Commonwealth title and despite being 34 years of age, he is a young fighter having started his career in his early 20’s.

However, despite defending an unbeaten record as a professional, Joyce is not seen by many as a top-class boxer. This may be due to both his lack of speed around the ring and power. Interestingly, Joyce has a two and a half inch reach advantage over Dubois and will be hoping to use that to his advantage. If the fight becomes a battle between jabs, that will suit Joyce nicely and is perhaps the best chance he has of maintaining his unbeaten record.

You will struggle to find a Dubois vs Joyce fight preview that really believes the 34 year old is going to come out on top and this is reflected in the odds with Bet365 for Joyce being a sure underdog to win the fight. We have more boxing predictions for Daniel Dubois vs Joey Joyce below.

Go to William Hill and enjoy the best odds for Dubois vs Joyce boxing clash!

3. Other Bets for Dubois vs Joyce

We continue our Daniel Dubois vs Joey Joyce fight predictions by taking a look at some of the other betting markets available. There is a good chance both men will be looking to land the knockout blow early in the fight and the huge power in the right hand of Dubois could be what makes the difference. There is no doubt this represents a step up in class for Dubois but the odds with Bet365 for Dubois to win by knockout is tempting.

However, if Joyce can survive the early rounds, we could see the contest go beyond the 6th round. Our Dubois vs Joyce tips suggest over 6.5 rounds and that is available at with Bet365.

Enjoy the best odds for boxing fights!
Go to Bet365!

This has the makings of a thrilling night of boxing and you will want to have access to a stream online for Dubois vs Joyce fight. In the United Kingdom, the fight will be shown live on television by BT Sport but for Daniel Dubois vs Joe Joyce free live streaming we recommend you create an account at some of the leading online bookmakers featured on our website. Doing so will mean you not only have the opportunity to watch the action live but to take advantage of our Dubois vs Joyce betting odds. 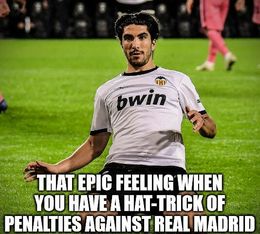