It's the heavyweight division unification bout that we all want to see in 2021, and the bookmakers have released their Joshua vs Fury betting odds already. In them, firms like bet365 and William Hill make Fury a 1.53 favourite to win, with Joshua a dangerous outsider at odds of 2.50. The exact date and place of the fight is to be confirmed, but at the time of writing, Saudi Arabia and 14 August 2021 are most probable choices.

As mentioned above, the contest had yet to be made and so we don’t have a Anthony Joshua vs Tyson Fury date as yet, but according to media reports negotiations are ongoing and a formal date is most probably be 14 August 2021.

Whenever it happens, Fury will put his WBC title on the line and Joshua his WBA, WBO, IBF and IBO straps, which means that the winner will be crowned the undisputed heavyweight champion of the world.

To set the scene, here’s our Joshua vs Fury fight preview, including the latest odds and our predictions and betting tips for the huge event.

As mentioned, the Joshua vs Fury odds have been released by the leading sportsbooks, and they make Fury a warm favourite to wrestle AJ’s belts from around his waist.

But it’s also worth touching on the more specific Joshua vs Fury betting odds that are available too. Those have Fury to win on points at 2.75, with the Gypsy King at 3.20 to win by KO or TKO.

Conversely, you can back Joshua to win via knockout at 3.40 or 7.50 to win by a points decision.

This really is a fascinating and eagerly awaited fight because there is such a contrast in the styles of the two combatants.

Tyson Fury is a big old unit, but he isn’t blessed with extreme punch power and instead relies upon slick combinations and fantastic head and foot movement to keep him out of trouble.

Admittedly, he knocked out Deontay Wilder in their rematch last time out, but otherwise his best performances have come in outpointing Wilder and Wladimir Klitschko courtesy of his sublime technical ability.

As for Anthony Joshua, he is simply a big punching KO artist. Even accounting for his stellar amateur background, AJ retained his power in the pro game and 22 of his 24 wins have come via knockout.

That includes finding a way through the guard of Klitschko to secure a rare knockout of the Ukrainian legend, as well as serving up the first KO defeat of Alexander Povetkin’s career and stopping the durable Kubrat Pulev last time out.

The Anthony Joshua vs Tyson Fury stats are very similar, but there is perhaps one key difference – Fury remains unbeaten to this point, whereas AJ has suffered defeat in that surprise loss to Andy Ruiz Jnr back in 2019. Does that give the Gypsy King the edge?

There’s no doubt about it: Fury is the better technical fighter and Joshua the bigger puncher. In our Fury vs Joshua predictions, we remain perfectly clear – who can execute their skillset most prominently will win this fight.

Bet on your favorite at Bet365!

When we have a close fight that looks very close on paper, we simply have to stick to the facts – that is what we have done in our Joshua vs Fury betting tips.

Fury is the unbeaten fighter who will win this fight on points should it go the distance, and it was notable that he largely avoided the huge right hand of Wilder in their two bouts – albeit climbing off the canvas after getting caught late in their original fight.

For Joshua to win this fight, he has to catch Fury with a big shot and do something that has not happened in 31 previous contests – the Gypsy King is put down and stays down for the ten count.

And so in our Anthony Joshua vs Tyson Fury tips we are sticking to what we know – Fury to win on points at 2.75.

Unfortunately, it’s going to be Joshua vs Fury PPV – meaning that you will need to fork out for some kind of box office package.

Of course, the more inquisitive will be able to find a Tyson Fury vs Anthony Joshua live stream online, and if you enjoy watching the big fights and having a bet we always recommend the live streaming channels of bet365, Unibet, 1XBET and other such bookmakers, where you can find Joshua vs Fury betting odds. They offer up thousands of hours of live streamed action each and every week! 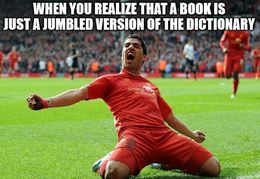