As the second-best fighter in the world according to the pound-for-pound rankings – and the best if Jon Jones never returns to the Octagon, there is always plenty of interest whenever Khabib Nurmagomedov announces his next fight, so this time is no different with Khabib Nurmagomedov vs Justin Gaethje betting odds creating a lot of noise.

And that’s exactly what he has done, with the lightweight champion of the world confirming he will take on Justin Gaethje for the gold at UFC 254 on October 24.

Khabib will be fighting for the first time in more than a year, since he defeated Dustin Poirier by submission at UFC 242 in Abu Dhabi.

He certainly could have picked an easier opponent than Gaethje, the number one contender in the lightweight division who has an outstanding wrestling pedigree but who can go toe-to-toe as well – 19 of his 22 wins in UFC have come via way of knockout.

There will be plenty of bettors hoping to find a live stream then, and we can reveal plenty more on that later in this article. But before then, we’ll take a look at the odds before making some Khabib Nurmagomedov vs Justin Gaethje Predictions.

And so the Justin Gaethje vs Khabib Nurmagomedov odds have been released, and in them the bookies are siding with the champion to successfully retain his gold.

In the UFC 254 odds, Khabib has been installed as the 1.40 favourite with bookmakers such as bet365 to win by any means necessary, with Gaethje the underdog at a price of 3.00.

And we can take our Gaethje vs Khabib odds analysis a step further by breaking the fight down into modes of victory – Khabib by submission is 3.40 and he is 3.50 to win on the judges’ scorecards. You can back a KO win for Khabib (5.00) or Gaethje (4.00), while the underdog is 11.00 to win by decision and 34.00 by submission.

You can bet on your favourite at Bet365!

As you can see from the Khabib vs Gaethje betting lines, the bookmakers are basically suggesting this fight will go one of two ways – Khabib will outwrestle his opponent on the mat and win by submission/decision, or Gaethje will find a way through the Russian’s defences and strike a huge knockout blow.

Both are distinctly plausible, however to answer the question ‘Justin Gaethje vs Khabib who wins?’ we have to conclude which is the most likely!

Having compiled a 28-fight undefeated streak, clearly Khabib has seen off all-comers in his time with the UFC and other organisations – from mat-based technicians to stand-up brawlers. He’s never really been troubled in truth – all of his points wins have been unanimous – and so the question we have to ask is what does Justin Gaethje have that none of those other opponents possessed?

He certainly possesses awesome striking power, but Gaethje can be reckless – witnessed by his two defeats to Poirier and Eddie Alvarez, so he will need to pick his moments against Khabib. However, he is a wrestling technician with awesome KO power, and that is what makes Gaethje one of the most dangerous opponents that Khabib has ever fought.

It's been very rough on him. His father was a hero to him, he loved his father, they had a very close relationship and it was very hard on him. - Dana White for CNN Sport's

A strange and sad thing, but one which could be a factor in this fight, is that this will be Khabib’s first outing since his father died in July due to coronavirus. He would normally be in his son’s corner, but you can rest assured that Khabib will want to win this fight so badly in order to dedicate it to his father, and that does just enough to swing our Khabib Nurmagomedov vs Justin Gaethje betting tips in favour of the challenger.

Indeed, we can dutch both the submission and decision options in the Khabib vs Gaethje betting odds and still turn a profit.

We’ll sign off our Khabib vs Justin Gaethje predictions with one statement that surely will not be denied – this is going to be one hell of a tear-up!

As regular UFC viewers will know, you typically have to splash out on the box office PPV in order to watch the live action unfold.

Sometimes, however, bookmakers such as bet365 and Unibet will show some of the card on their channels, and so perhaps a Khabib vs Justin Gaethje Live Stream will also be available on your favourite betting apps? This way you can check Khabib Nurmagomedov vs Justin Gaethje betting odds and access the fight broadcast at the same time. 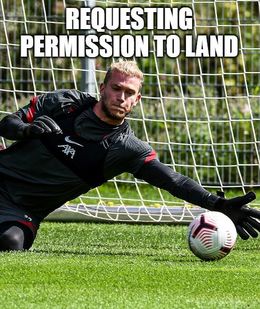