The Champions League will enter its knockout phase in February with a series of eye-catching last 16 encounters, and among the highlights could be a potential banana skin tie for Manchester City against German outfit Borussia Monchengladbach. Man City vs Monchengladbach betting odds are shaping up and currently, they are favouring the English team with 1.28 odds. You can also back up their opponents at the price of 9.50.

So are Pep Guardiola’s men the pick of the betting value, or can we take a chance on the Bundesliga team to create a huge shock result? In our Manchester City vs Monchengladbach preview we’ll examine the best of the odds and make our predictions as to how the tie will go.

The first leg of this Round of 16 tie will take place in Germany on February 24, and the interesting dynamic is that Monchengladbach will be happy with a win or a goalless draw – preventing Manchester City from scoring an away goal will be key.

As for the English side, they won’t mind even losing by a one goal margin as long as they find that all-important away goal themselves – that will ensure they are favourites for the second leg.

There isn’t a long history of Manchester City vs Monchengladbach in Champions League, although they did play four times in this competition in 2015-16 – City won three of those, blasting ten goals into the bargain.

But M’gladbach are a better side these days, and already in the Champions League this term they have secured 2-2 draws with Real Madrid and Inter Milan and defeated Shakhtar Donetsk home and away by a 10-0 aggregate scoreline. They should not be underestimated.

The Manchester City vs Monchengladbach betting odds have been released by all of the leading sportsbooks, and they routinely make Pep Guardiola’s side a red-hot favourite at a price of 1.28.

Don’t forget, we also have Monchengladbach vs Manchester City odds on the overall tie too, with City the favourites to qualify for the quarter-finals at 1.02 and M’gladbach a lengthy outsider at 17.00.

Wonder where to find the best betting offers?
Check out Bet365

The question we have to ask in our Manchester City vs Monchengladbach predictions is can the German team somehow come away from this first leg with a positive result?

The early indications are perhaps not. They have flattered to deceive in the Bundesliga, and while they remain hard to beat they have won only 5/14 at the time of writing.

Then we can look at M’gladbach’s Champions League form, and if you take away the two heavy victories over Shakhtar you are left with a W0 D2 L2 record against Real Madrid and Inter Milan – not disastrous, but not a run that will fill bettors with confidence.

Check betting offers for this match at Bet365

As for Manchester City, they made the most of a comfortable Champions League group against Porto, Marseille and Olympiacos to win five out of six games played – conceding just a solitary goal.

The English outfit haven’t enjoyed the best of times in the Premier League so far, however if they win their games in hand they will be right back in the title picture. Despite injuries to key players such as Sergio Aguero, City remain a formidable opponent in all competitions.

And so the conclusion from our Monchengladbach vs Manchester City betting predictions is clear: the Germans will have their work cut out in this tie.

It is a club that I respect a lot, the quality and beauty of their football. To go through in a group with Shakhtar, Inter and Real with two exceptional games against Shakhtar. - Pep Guardiola, Manchester Evening News

There just isn’t the quality in this Monchengladbach squad to really test Manchester City you wouldn’t think, and while the Germans are good for a goal – they’ve netted 25 in 14 in the Bundesliga thus far, and 16 in 6 in the Champions League – we expect the English team to prevail.

And so an away win is the headline pick in our Manchester City vs Monchengladbach betting tips, which as mentioned you can back at a best price of 1.3.

If you want to take your betting value further, you can double up the Man City win with Both Teams to Score at odds of 1.9 with bet365.

Both teams to score
Bet
Odds

As you will probably already know, in the UK you will need a BT Sport subscription to watch a Manchester City vs Monchengladbach live stream, and in Germany you will be watching via DAZN or your Sky Deutschland channel.

So that is where to watch Manchester City vs Monchengladbach. Don’t forget that many bookmakers have a live streaming channel these days and, depending on your location, you can catch Champions League action and plenty more football and other sports besides on your computer and mobile devices. Additionally, apart from streaming, you can find Man City vs Monchengladbach Betting Odds in their offer for player too.

Nourne01 8 months ago
I’ll be surprised if Borussia manage to score a goal in this match, thay have no chances with Manchester.
Show all comments
Recommended Bonus Codes 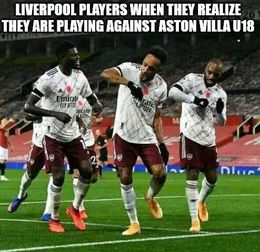