Scotland vs Croatia betting odds are already available and favour the latter at 2.17, whereas the former can be backed at 3.27. When this game rolls around on June 22, both of the teams will be hoping that it means something – the third match of Group D that could determine whether either side progresses to the knockout phase.

It’s a tough game to call, in its own way. Croatia, the World Cup finalists, would normally be considered the red-hot favourites, but lets not forget that Scotland will have home advantage with the game scheduled to take part at Glasgow’s Hampden Park stadium.

The Scots have shown that they are tough opponents at times too. They drew with Austria recently in qualifying for the World Cup, and in qualification for this tournament it was only against the likes of Belgium and Russia that they were outclassed.

So can Croatia be put into that category? Arguably so, and perhaps they should be the favourites to win this game. In our Scotland vs Croatia preview, maybe that is the angle we will take.

However, this game may just determine the outcome of Group D and who qualifies for the knockout rounds, and so it will be of importance nonetheless.

The Croatia vs Scotland betting odds reveal that it’s the World Cup finalists who are the most likely victors at a price of 2.17, with the Scots a generous underdog at 3.72 and the draw at 3.42.

Check betting offers for this match at William Hill!

So, less than three years ago, Croatia were attempting to win their first ever World Cup.

So what has happened since? Well, frontman Mario Mandzukic has retired from international duty, so that hasn’t helped, but they still qualified with ease from their group – however, noted that at home their formline read W4 D0 L0 and away they were W1 D2 L1, so that is something they will need to address.

And if you look at their form in all competitions, they have lost four of their last seven games played – including a 0-1 defeat to Slovenia in World Cup qualifying and a lame 1-0 win over Cyprus a couple of days later.

But results of late have not been good, and so in our Scotland vs Croatia predictions we have to remind ourselves of that fact.

Scotland, for their part, are improving and now have several quality campaigners in their squad. Andy Robertson is a Champions League and Premier League winner with Liverpool, while Kieran Tierney has impressed everyone with his performances at Arsenal.

The likes of Scott McTominay, John McGinn and Stuart Armstrong provide a solid foundation in midfield, while in attack the Scots may have finally unearthed a gem of a striker in Che Adams – he has a goal or two in him.

I'm really, really hopeful we will get some kind of crowd for the games in the summer. If that happens the mentality of the players might change a bit, hopefully for the better. I will go there to try to enjoy it, but I know what I am like. I will only enjoy it if we are successful and that's the bottom line. The two games at Hampden will be great. If we can get crowds in, it will be even better than great. - Steve Clarke, The Scottish Sun

Their recent results have been a bit of a mixed bag, but what is interesting is that the Scots tend to raise their game for the big encounters – as was evidenced in their path through the qualification play-off matches.

So there we are….in our Scotland vs Croatia betting picks we’ve shied away from the Croatians while giving plenty of respect to the Scots.

As such, we need to reflect that fact in our Scotland vs Croatia betting tips.

With home advantage and an improving team, perhaps we could back the Scots to win this game outright against their higher pedigree of opponent.

But in our Scotland vs Croatia betting tips, we can hedge our bets somewhat by using the ‘cover’ markets to back the home team.

As such, we can back Scotland in either the Draw No Bet or Double Chance markets, which ensure we get our stake returned or a profit if the game ends in stalemate.

We’re not completely writing off the Croatians – how can we given the quality in their squad? – but the Scots, on home soil, represent value.

Pick your favourite and place a bet at Bet365!

There will be ample opportunity to follow our Euro 2020 betting tips on your TV this summer.

And you can enjoy Croatia vs Scotland live streaming on your smartphone and table too via the various broadcasts that will be available.

An alternative of where to watch Croatia vs Scotland could be available at your chosen bookmaker too, with the likes of bet365, Unibet and 1XBET also offering football streaming around the clock. 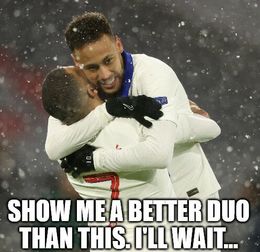 Load more fun
Articles
Play responsibly
Didn't find what you were looking for? Try our lucky star.
Scotland vs Croatia