Of all the groups in the Champions League 2019/10, it is arguably Group H that looks set to deliver the grandstand finish that neutral observers and bettors love.

First up we have group leaders Ajax on ten points. They will go through to the Round of 16 if they win or draw against Valencia, or they lose but Chelsea also taste defeat against Lille.

Valencia, on eight points, have the luxury of a better head-to-head record against Chelsea. So all they have to do is finish level on points with the Blues to progress.

And then there’s Chelsea themselves on eight points, who will qualify if they beat Lille at Stamford Bridge on December 10. That’s because they have a positive head-to-head record against Ajax, and there’s no mathematical permutation for both the Dutch and Spanish sides to progress if Chelsea win. What’s more, the English outfit will progress if they draw with Lille and Valencia fail to beat Ajax.

So what once again, our Chelsea vs Lille preview has lots of different possible outcomes that, in ordinary circumstances, might affect how the two teams might play.

However, Lille have no chance of even qualifying for the Europa League, and Chelsea are simply about all-out attack under Frank Lampard.

In that sense nothing changes, and that makes analysing this game much easier than it might otherwise be.

Given their poor form in the tournament so far, it’s not a big surprise to see Lille so widely discounted by the bookmakers here.

As a consequence, the hosts are red-hot favourites in their Chelsea vs Lille betting odds, and you back the Blues at odds as short as 1.18.

If you like backing the underdog, you can take a chance on the French outfit at 15.00, with the draw available at 7.00.

Back to back defeats in the English Premier League should not detract from the fine start that Chelsea have made to the new season.

A run of form of W8 D2 L4 has taken them into the top four of the English top flight, and of course they are only one more big performance away from reaching the Round of 16 of the Champions League – not bad for a side written off so liberally before the start of the season.

They are powered by a handful of really talented youth team graduates too in Tammy Abraham, Mason Mount and Fikayo Tomori, so these are really exciting times for supporters of the London outfit.

As for Lille, this Champions League campaign has not worked out particularly well, and they find themselves with just a solitary point to their names after five rounds of games.

The French side have some excellent young talents – Victor Osimhen will surely move on to bigger and better things, perhaps joined by the likes of Jonathan Bamba and Gabriel – but even their Ligue 1 record (W6 D4 L5) reveals an inconsistent team unlikely to do any damage at the continental level.

Mind you, it’s not as if Chelsea have been invincible on home soil so far this season. They lost to West Ham at Stamford Bridge in the Premier League at the last weekend, while in this competition they lost 0-1 to Valencia and needed a remarkable comeback to get anything from their 4-4 draw with Ajax.

So Lille need not fear the trip to London, it’s just that they have no real form to call upon!

Indeed, in making our Chelsea vs Lille predictions it is hard to give any credence to the French side, who have lost 0-3 (Ajax) and 1-4 (Valencia) on their travels in this competition.

We’re in something of a quandary with our Chelsea vs Lille betting tips. We simply cannot take a chance on Lille, given that they have shown absolutely nothing in the Champions League so far.

Chelsea are a far smarter bet, however at odds of 1.18 they simply aren’t going to get many takers.

There is definitely scope in taking Chelsea with a -1 goal handicap at odds of 1.66 however. They average roughly two goals per game this season, and they will be looking to see off this Champions League in style with a heavy victory that takes them through to the knockout phase.

Where you can watch the match is always a big question before it starts.

When you have your Chelsea vs Lille predictions all figured out, you can check the 1XBET live stream offer. They usually have a Champions League live streaming section, so we hope that this time will be no different. All you need to do is register. 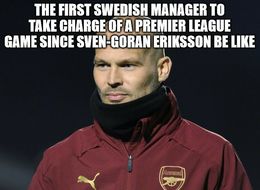 Load more fun
Play responsibly
Didn't find what you were looking for? Try our lucky star.
Chelsea vs Lille