Given that English team is the favourite with the bookmakers to win the rescheduled Euro, England vs Czech Republic predictions are pretty easy to guess and the fact that the former are available at 1.60, whereas their opponents' odds are 7.50 is not surprising.

However, fans of head-to-head stats in their betting will have already noted that the Czechs actually beat England in a qualification match for this very tournament – will that have an impact upon this game too?

Of course, these things are all relative, and it should be noted that in the return fixture England demolished the Czech Republic 5-0 at Wembley!

This will be an interesting match to watch unfold then, and making Czech Republic vs England predictions will have difficulties because of what has happened between the two teams in the past couple of years.

With England priced as short as 8.00 to win Euro 2020, about which you can read in our article including Euro 2020 / 2021 betting predictions including the ones for the host nations, you won’t be surprised to learn that they are a warm favourite to win here too.

Taking the above into consideration, the Czech Republic vs England betting odds are as follows: the Three Lions at 1.60, Czech Republic at 7.50 and draw at 3.40. Still, it is very important to not to underestimate the underdog.

William Hill prepared a fantastic offer for all football fans! Place a bet on your Euro 2020 favourites today!

There is a feeling that this could be England’s best chance of winning a major competition, given that they will play all of their group games – and potentially the semi-final and final – on home soil at Wembley Stadium. This Czech Republic vs England preview will not lose sight of the fact that the Three Lions could lift the trophy.

Tonight was an incredible atmosphere. You could feel the tension between the fans and we wanted to go out there and win and qualify tonight. That's what we wanted to do and it's a kick in the teeth because we haven't done that yet. But we're staying positive. We just said inside then – it's tournament football and you can't win every one. There's going to be a blip along the way and there are other top teams who have drawn games. we just need to stay positive and be ready for Tuesday. - Declan Rice, speaking to BBC Radio 5 Live about England's two game so far, UEFA official website

This is a quality squad of players that have been well marshalled by head coach Gareth Southgate, and after reaching the World Cup semi-final – and going deep into the Nations League – there is a sense they are knocking on the door of a huge win.

They have such attacking quality that they blasted 37 goals in qualifying, and the emergence of Jaden Sancho as a major force has been a fantastic bonus for Southgate. This young talent will link up with the likes of Harry Kane, Raheem Sterling and Marcus Rashford in what is a forward line packed with pace and guile.

On the other hand, the English team, despite being one of the teams mentioned in Euro 2020 / 2021 final favourites predictions, has scored only 4 points in their Euro 2020 matches so far, which is not that many. They won with Croatia (1-0), and, surprisingly for some of their fans, draw with Scotland (0-0) not scoring any goals.

There are some question marks about them defensively, however, with the goalkeeper position still very much up for grabs and a clear absence of world-class defenders.

This is an area that the Czech Republic will have to exploit if they are to get anything from this game, and interestingly in their qualification campaign they scored two or more goals in five of their eight games – so there is some quality there. So far, during the tournament, they managed to get 4 points, having won with Scotland (2-0) and drawn with Croatia (1-1), so taking into consideration the group standings, they are head-to-head with England in Group D.

Patrik Schick, their frontman, will be relied upon to deliver goals, and the only concern is that the midfielders in this Czech Republic squad are hard working and functional, rather than creative types. Will they be able to supply Schick with the chances he craves?

Remember, the Czechs did beat England 2-1 in qualification, so there is evidence to suggest that they can compete, but the 0-5 defeat at Wembley is hard to ignore.

The qualification matches as well as the ones in the tournament so far delivered goals, and when we consider England’s attacking prowess – and their apparent defensive weakness, wagers like Both Teams to Score should also factor in our Czech Republic vs England betting tips.Indeed, the pick of our selections has to be Over 2.5 Goals.

And then when we consider the 1-X-2 market, it really is difficult to see past England. They have the obvious benefit of playing on home soil, which will make a huge difference, but they also possess the quality to go all the way in the competition – let alone seeing off a functional but fairly ordinary Czech Republic outfit.

As such, England to win is the play here.

If you’re in England or the rest of the UK, you will of course be able to watch this game via the BBC or ITV.

However, if you are outside of this area – or want to watch on your mobile devices – a Czech Republic vs England live stream will be of great benefit.

We recommend sites like bet365, Unibet and 1XBET, which have the best live streaming channels around. Hopefully, you will be able to check whether our England vs Czech Republic predictions are correct and enjoy Euro 2021 with them!

5.1 🏆Which team is the favourite according to England vs Czech Republic betting odds?

5.2 ❓What are the odds for Czech Republic to win?

The odds for Czech Republic to win the match are 7.50.

5.3 📺 Where can I watch England vs Czech Republic online?

You can both use our England vs Czech Republic predictions to back your favourite and watch the live stream on your favourite bookmaker's website, such as 1XBET or Bet365.

Jennifer Lewis over 1 year ago
Does anyone actually believe that Czechs have any chances to win this game?
Show all comments
Recommended Bonus Codes 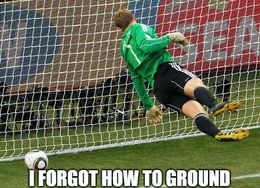