As Juventus’ monopoly in Serie A crumbled in 2020/21, so too did the duopoly of Barcelona and Real Madrid in the La Liga predictions, with Atletico Madrid upsetting the odds to lift the trophy. Atleti are the 7.00 underdogs to retain their trophy, preceeded only by Real (1.20). Sevilla (17.00) are the third iin line to become the winner. Barcelona, which used to be the favourite is now priced at 34.00. Taking all these changes into consideration, we wonder what will happen in 2021/22 season?

Was Atletico’s triumph a surprise last season? Perhaps, but we should never underestimate the brilliance of Diego Simeone as a head coach that gets results. It helps too that he has an outstanding squad of players, with Jan Oblak amongst the best goalkeepers on the planet, Luis Suarez showing Barca what they’re missing and the continued excellence of Koke, Yannick Carrasco and Marcos Llorente.

With no major losses in the transfer window, with the excellent Rodrigo de Paul signed, should Atletico actually be seen a serious threat to the favourite in La Liga title odds - Real Madrid?

Real might disagree, and so too might Sevilla, who were not a million miles behind the leaders last season either. Spanish football’s big guns are experiencing financial woes right now, but that doesn’t necessarily mean that we should discount them – they are La Liga favourites for a reason, after all.

Was last season a changing of the guard, or will Barcelona or Real Madrid fire back? In these La Liga betting predictions, we’ll do our best to find out.

As mentioned, Atletico Madrid haven’t lost any players and have gained De Paul together with Suarez and Llorente, they make a pretty dangerous squad.

Primera Division betting tips has changed significantly, among others, due to the fact that 2020/2021 was Lionel Messi's last season in Barcelona. It is a huge loss, however despite the fact that the Catalan giants are no longer among the top three of the favourites in the La Liga winner odds, thanks to such players as Memphis Depay and with their new coach, Xavi, they still may surprise the opponents and should not be totally ignored.

Real Madrid are back where you would expect them to be in the La Liga winner betting odds. Their talismanic head coach, Zinedine Zidane, has left, and he has been replaced by a man that is no stranger to success at the Bernabeu in Carlo Ancelotti.

This Real Madrid has character. When we don't win with quality, we have other strengths we can use. - Carlo Ancelotti, The National News

He has fires to put out. Sergio Ramos, the inspirational captain, has left for PSG, while Raphael Varane looks set to join Manchester United. That leaves an almighty gap in the centre of defence.

David Alaba solves half of that problem, but the jury is out on whether somebody like Nacho or Eder Militao can really fill in alongside to a high standard.

Only one Real player returned a double-figure goal tally last season (Karim Benzema), and while returning loanees like Gareth Bale, Luka Jovic and Martin Odegaard may help on that front, many people claims that Madrid side is far from its best days.

Nevertheless, their results in this season and first position in Spanish La Liga Primera winner odds seem to prove those doubting their skills and form wrong.

Sevilla’s recruitment has not been great either, however they are currently assessed as the third most probable team to become champions this year according to Spanish La Liga odds.

Choose your favourite and back him at Bet365!

As mentioned, bookmakers suggest that we can rule out Barcelona from our La Liga betting tips. This is definitely not a perfect Barca team by any means, especially without Messi, but with Aguero and Depay it’s not as if they don’t have the firepower to win games.

Atletico Madrid are a side that’s easy to fancy in our La Liga tips, but note this: Luis Suarez scored 33% of their league goals last term. What if he gets injured?

Instead, we’re more inclined to go with the bookmakers, who make Real Madrid their favourite in the Spanish Primera Division odds. .

And, in the end, that might just be enough to separate them from the rest.

The bookmakers, from bet365 and William Hill to Unibet and 1XBET, have reached a consensus in their La Liga betting odds.

They make Real one of the teams most likely to lift the trophy this season, with a best price of 1.20 available in the La Liga betting lines followed by Atletico which has the odds of 7.00 at the moment.

We certainly wouldn’t put you off Atletico at La Liga odds of 17.00 – just be mindful that if Suarez gets injured, that could be curtains for your bet.

After you decide which team to bet on, there is another important decision to make – which online bookie to choose. To make it easier for you and help you maximize your profits, we have prepared the compilation of the best bonuscodes for bookmakers and casinos in the UK.

For La Liga live streaming across Europe, be sure to check your local listings with many showing the action for free.

To watch La Liga live UK on your TV, you will need a Premier Sports subscription, which is available via Sky or Virgin Media packages.

But for another way of how to live stream Spanish Primera Division, check out thew channels of the bookmakers already mentioned in this article – they show many La Liga games for free via their website and app.

There are so many leagues around the world going on that it can be quite dizzying for punters, that is why apart from this comprehensive analysis of the upcoming Spanish La Liga Primera including available live streaming options, we also prepared a general article about football betting tips, which we recommend to all bettors.

For more details of how to watch La Liga on TV in UK, check out the Premier Sports channel. Alternatively, on internet-enabled TVs you can stream Spanish football via the apps of bet365, Unibet and other bookmakers.

As you may know, Spanish football is amongst the most popular in the world, and so all UK betting sites allow you to bet on La Liga Spain via their platform.

The Spanish League winner betting is dominated by Real Madrid. Reigning champions Atletico Madrid are next best. You can see if our La Liga predictions are correct by following the league closely in 2021/22! 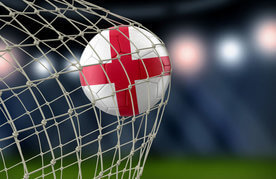 Maboverym over 1 year ago
Madrid will defend the title - easy. Atletico might challenge them. Barcelona is not a threat this season, and they need to buy a lot of quality players.
Show all comments
Recommended Bonus Codes