We are fast approaching the conclusion of the 2020 League of Legends esports season and what better way to do so than by taking a look at the LoL Worlds Final betting odds. This year the final will be contested by Suning of China and DAMWON Gaming of South Korea. The venue for the final is the Pudong Football Stadium and it is due to begin at 18:00 CST on the 31st of October.

The winning team will celebrate by lifting the Summoner's Cup and their share of the prize money. The basic prize pool is $2,225,000 and the winner is set to earn over $800,000, with the runner-up claiming $300,000. There is a huge difference in terms of prize money and prestige between first and second place, so there is a lot at stake in the LoL Worlds Final.

1. The Favourite of Suning vs DAMWON

DAMWON Gaming had little trouble in winning their group and finished ahead of JD Gaming with an 83% record. They dropped just one game and that led them to a quarter-final meeting with DRX, a match they won comfortably 3-0. Into the semi-final and DAMWON Gaming locked horns with G2, a team that defeated them 3-1 at the quarter-final stage of this competition last year.

DAMWON Gaming went into the semi-final as the favourites to win and did not disappoint. Kim ‘Canyon’ Geon-bu took control of the first game and closed it out without too much difficulty. However, G2 hit back in the second game and in doing so ended DAMWON Gaming’s blue side 25-game winning streak.

In the following two games, DAMWON Gaming adjusted their drafting phase and this tactic paid off beautifully, allowing them to take the third game of the series. G2 threw everything they had at DAMWON Gaming but it still was not enough and the South Korean team defeated the European giants 3-1 to reach the final.

Many DAMWON vs Suning betting predictions believe the South Korean’s to be huge favourites for the final. This is backed up in the Suning vs DAMWON betting odds with the latter seen as a sure favourite to win. DAMWON Gaming go into the final having won 48 of their last 55 games and based on that statistic it is easy to see why so many betting tips for DAMWON vs Suning are backing them to come out on top.

They have also won each of their last two tournaments, claiming victory in LCK 2020 Summer and more recently the LCK 2020 Summer Playoffs. Read on as we continue our Suning vs DAMWON preview below by taking a look at the outsiders.

Look for advice from our tipsters before you place bets on League of Legends Worlds final!

2. DAMWON vs Suning – The Outsider

Suning defeated Top Esports to secure their place in the League of Legends Worlds final. Suning won the opening game of the semi-final but Top Esports battled back to secure a victory in the second game, making things level. However, a surprise Shen pick by SofM caught Top Esports cold in the third game of the semi-final and it was the brilliance of SofM that carried his team to victory and took Suning one win away from the final. Into the 4th game and it was extremely close, with both teams investing plenty of resources early but in the resulting four-vs-four teamfight, Suning progressed with the victory.

There were a lot of mixed feelings. Only one of us could head to the finals, and since I was the one moving up, I carried on the bigger burden. I thought that I just had to win, no matter what. I’m very happy and excited to play in the finals. All five of us are very good players, and we have great team synergy, so I’m very hopeful about the result. - SwordArt (Suning) about the final, Inven Global

Suning came through their group with a 67% winning record and was forced into a Group a tiebreaker with G2 Esports who had an identical record. It was Suning who came out on top and they progressed to a quarter-final meeting with JD Gaming, a match they won 3-1.

Suning entered the tournament on the back of winning the LPL 2020 Regional Finals but the odds for DAMWON Gaming vs Suning have them as the outsiders. It will be interesting to see if they can repeat their great performance from the semi-final and some fans are sure to be backing them to do so in their Suning vs DAMWON Gaming predictions.

Register at Bet365 and place your bets on League of Legends World Championship final!

LoL Worlds Suning vs DAMWON is a final not to be missed and you can catch all the action using live streaming. A live stream for Suning vs DAMWON Gaming will be available via multiple sources including Twitch, YouTube, AfreecaTV, NaverTV, Tencent, Douyu, Huya, Mildom, and NimoTV.

The live stream you can access for the League of Legends World Final is dependent on your location. However, one of the best ways to watch the match is via live streaming at the leading online bookmakers. The likes of Bet365, 1xBet, Bwin, and Unibet are just some of the bookies offering a great live streaming service. And with our LoL Worlds final betting odds you can also try win some money.

Find all the best odds for the LoL Worlds final at Bet365!
Register at Bet365!
comment LolWorldsBettingOdds
Recommended articles:

Mhai_Jar 10 minutes ago
It's amazing how good this game is and how funny its name is, LOL xDDD
Show all comments Hide all comments
Recommended Bonus Codes 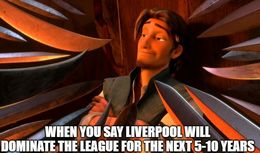