The whole process involves a series of presidential primary elections and caucuses, which have already taken place. Voters will then select presidential electors who in turn will vote on the 14th of December. The winner of the election will be inaugurated on the 20th of January and regardless of who is the winner, they will become the oldest candidate to be elected president.

Let's move on with our US election prediction and take a closer look at the Trump vs Biden betting odds.

It became apparent almost from day one of his presidency, that Donald Trump was on the path to earn re-election in 2020. From 2016 onwards, Trump has been holding rallies throughout the United States in an attempt to build up support with the election in mind. Even during the month of February, when the Republican primaries were cancelled in South Carolina and Nevada, it did not stop Trump from holding Primary rallies.

The national polls have always been a good guide as to who is the most popular candidate and at the time of writing it is not good reading for Trump. As of the 30th of September, Trump was some way behind his opponent in the national polls but that is not always a clear indicator of who is actually going to win the election.

This is backed up in the odds on next US president which have Trump as the slight outsider with Bet365, priced at 2.7 to win the election. Many people who were making their next US president predictions had the current president as their favourite, despite the fact the Trump betting odds had him as the outsider.

Who'll be the next US president? Bet at Bet365!

However, in an interesting twist to the election, Trump and First Lady Melania Trump have tested positive for coronavirus and are now self-isolating. The news comes after Hope Hicks, one of the presidents closed aides, tested positive for the virus. At the age of 74, Trump falls into the high-risk group but that did not stop him from a lack of social distancing with aides or other people and he was often pictured without wearing a mask.

I wear a mask when needed… I don’t wear masks like him. Every time you see him, he’s got a mask. He could be speaking 200 feet away and he shows up with the biggest mask I’ve ever seen. - Donald Trump during the debate

It will be interesting to see what the latest news does to the US president betting odds and how Trump copes with battling the virus. You only have to look at the British prime minister to understand how severe it can be, regardless of your position.

The Next President of USA - Best odds

Joe Biden is the Democratic Party nominee and has plenty of political experience. He was Barack Obama's vice-president and has been involved with US politics since the 1970s. As things stand in the national polls at the time of writing, it is Biden who leads the way and he is clearly feeling confident about his chances of becoming the next US president.

Find the best US presidential election betting odds at Unibet!

The so called ‘battleground states’ have a lot more electoral college votes on offer than others and are extremely important in the election. At the time of writing, these states are looking good for Biden and is one of the reasons why the Biden betting odds are shorter than Trump, at 1.5 with Bet365. Michigan, Pennsylvania, and Wisconsin are currently in favour of Biden but things can easily change closer to the time. It pays be aware of that when making any next US presidential election predictions.

In the 2016 election, Trump enjoyed significant success in the battleground states of Iowa, Ohio, and Texas, with 8-10% margins but things are looking much closer this time. You only have to look at some of the leading political and economic websites such as FiveThirtyEight and The Economist to see Biden as the man predicted to come out on top in the election.

The recent television debate between the two candidates saw a CBS News/YouGov poll of people in battleground states who watched the debate fall in favour if Biden, with 48% saying he was the winner while 41% went for Trump. However, when analysing the betting odds on president race it is worth keeping in mind a CNN poll gave a similar winning margin to Hillary Clinton following their televised debate and that did not mirror the outcome of the election.

There are sure to be many twists and turns in the lead up to the voting on Tuesday the 3rd of November. Make sure to check our US Presidential Election betting odds to get yourself up to speed.

Don't wait any longer and wager on the next US president!
Bet with William Hill!
comment UsPresidentialElectionBettingOdds
Recommended articles: 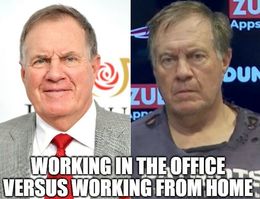 Load more fun
Articles
Play responsibly
Didn't find what you were looking for? Try our lucky star.
US Presidential Election